A Concise Companion to Milton 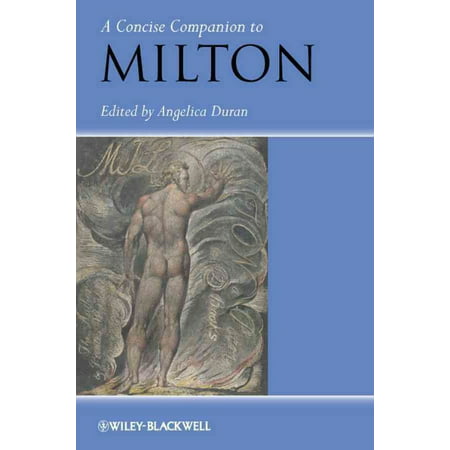 With brevity, depth, and accessibility, this book helps readers to appreciate the works of John Milton, and to understand the great influence they have had on literature and other disciplines. Presents new and authoritative essays by internationally respected Milton scholars Explains how and why Milton s works established their central place in the English literary canon Structured chronologically around Milton s major works Also includes a select bibliography and a chronology detailing Milton s life and works alongside relevant world events Ideal as a first critical work on Milton 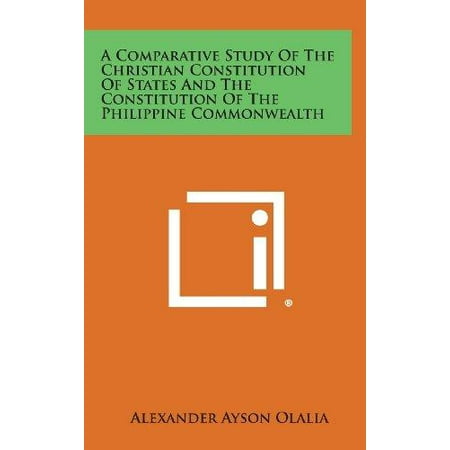 A Companion to the Works of J.M. Coetzee 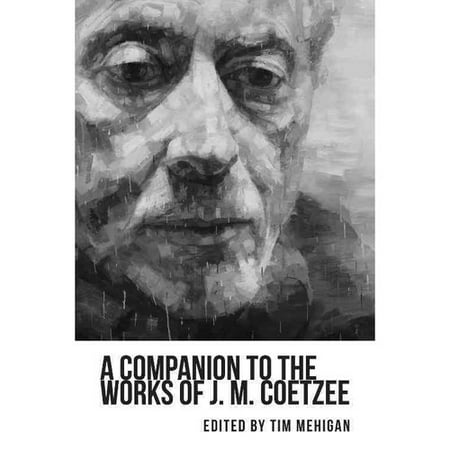 J.M. Coetzee is perhaps the most critically acclaimed bestselling author of imaginative fiction writing in English today. He received the Nobel Prize for Literature in 2003 and is the first writer to have been awarded two Booker Prizes. The present volume makes critical views of this important writer accessible to the general reader as well as the scholar, discussing Coetzee’s main works in chronological order and introducing the dominant themes in the academic discussion of his oeuvre. The volume highlights Coetzee’s exceptionally nuanced approach to writing as both an exacting craft and a challenging moral-ethical undertaking. It discusses Coetzee’s complex relation to apartheid and post-apartheid South Africa, the land of his birth, and evaluates his complicated responses to the literary canon. Coetzee emerges as both a modernist and a highly self-aware postmodernist – a champion of the truths of a literary enterprise conducted unrelentingly in the mode of self-confession. Contributors: Chris Ackerley, Derek Attridge, Carrol Clarkson, Simone Drichel, Johan Geertsema, David James, Michelle Kelly, Sue Kossew, Mike Marais, James Meffan, Tim Mehigan, Chris Prentice, Engelhard Weigl, Kim L. Worthington. Tim Mehigan is Professor of Languages in the Department of Languages and Cultures at the University of Otago, New Zealand and Honorary Professor in the Department of Languages and Comparative Cultural Studies at the University of Queensland, Australia.

A Companion to the Works of Heinrich Von Kleist 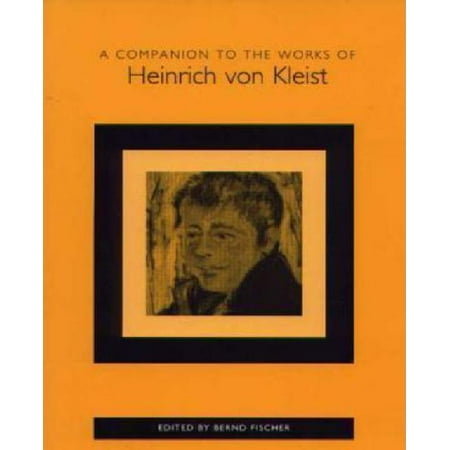 For over 150 years, Heinrich von Kleist (1777-1811) has been one of the most widely read and performed German authors. His status in the literary canon is firmly established, but he has always been one of Germany’s most contentiously discussed authors. Today’s critical debate on his unique prose narratives and dramas is as heated as ever. Many critics regard Kleist as a lone presager of the aesthetics and philosophies of late nineteenth- and early twentieth-century modernism. Yet there can be no question that he responds in his works and letters to the philosophical, aesthetic, and political debates of his time. During the last thirty years, the scholarship on Kleist’s work and life has departed from the existentialist wave of the 1950s and early 1960s and opened up new avenues for coming to terms with his unusual talent. The present volume brings together the most important and innovative of these newer scholarly approaches: the essays include critically informed, up-to-date interpretations of Kleist’s most-discussed stories and dramas. Other contributions analyze Kleist’s literary means and styles and their theoretical underpinnings. They include articles on Kleist’s narrative and theatrical technique, poetic and aesthetic theory, philosophical and political thought, and insights from new biographical research. Contributors: Jeffrey L. Sammons, Jost Hermand, Anthony Stephens, Bianca Theisen, Hinrich C. Seeba, Bernhard Greiner, Helmut J. Schneider, Tim Mehigan, Susanne Zantop, Hilda M. Brown, and Sean Allan. Bernd Fischer is Professor of German and Head of the Department of German at Ohio State University.

A Companion to the Works of Franz Kafka

No other writer of German-language literature in the 20th century has been as fully accepted into the canon of world literature as Franz Kafka. The unsettlingly, enigmatically surreal world depicted in Kafka’s novels and stories continues to fascinate readers and critics of each new generation, who in turn continue to find new readings. One thing has become wholly clear: although all theories attempt to appropriate Kafka, there is no one key to his work. The challenge to critics has been to present a strong point of view while taking account of previous Kafka research, a challenge that has been met by the contributors to this volume. The essays follow an introduction by the editor, and include: Clayton Koelb on the controversial question of Kafka editions; Walter H. Sokel on a life of reading-and writing about-Kafka; Judith Ryan on the early stories; Russell A. Berman on tradition and betrayal in ‘The Judgment’; Ritchie Robertson on anti-Christian elements in ‘The Judgment,’ ‘The Metamorphosis,’ and the aphorisms; Henry Sussman on Kafka’s evolving aesthetics; Stanley Corngold on The Trial; Bianca Theisen on Kafka’s use of circus motifs in the stories ‘Up in the Gallery’ and ‘First Sorrow’; Rolf J. Goebel on the connection of Kafka’s The Missing Person, ‘In the Penal Colony,’ and ‘The Great Wall of China’ to postcolonial critique; Richard T. Gray on the semiotics and aesthetics of ‘In the Penal Colony’; Ruth V. Gross on the ‘enigmatics’ of the short fiction; Sander L. Gilman on Kafka’s Jewishness and the story ‘The Country Doctor’; John Zilcosky on the colonial visions in The Castle; Mark Harman on the variants to The Castle and what they tell us about Kafka’s writing process; and Clayton Koelb on Kafka’s rhetoric in the late stories ‘Josephine the Singer’ and ‘The Burrow.’ James Rolleston is Professor of German at Duke University and has written widely on topics in modern German literature.

A Companion To The Eighteenth-century English Novel 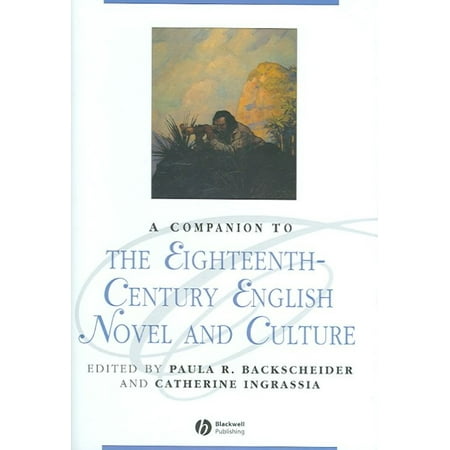 A Companion to Medieval English Literature and Culture C.1350-C.1500 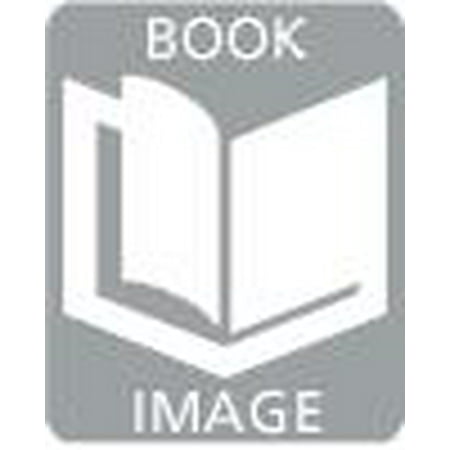 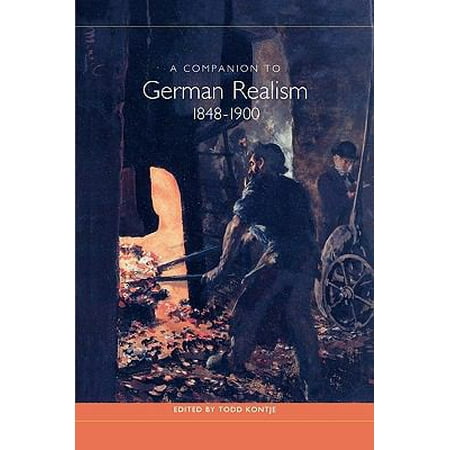 This volume of new essays by leading scholars treats a representative sampling of German realist prose from the period 1848 to 1900, the period of its dominance of the German literary landscape. It includes essays on familiar, canonical authors – Stifter 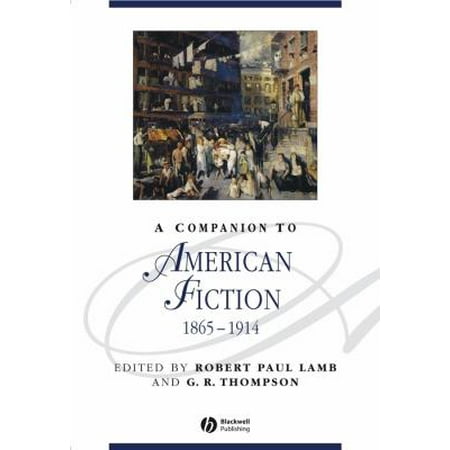 A Companion to American Fiction, 1865-1914″ is a groundbreaking collection of essays written by leading critics for a wide audience of scholars, students, and interested general readers. An exceptionally broad-ranging and accessible “Companion” to the study of American fiction of the post-civil war period and the early twentieth century Brings together 29 essays by top scholars, each of which presents a synthesis of the best research and offers an original perspective Divided into sections on historical traditions and genres, contexts and themes, and major authors Covers a mixture of canonical and the non-canonical themes, authors, literatures, and critical approaches Explores innovative topics, such as ecological literature and ecocriticism, children’s literature, and the influence of Darwin on fiction

A Commentary on the New Code of Canon Law V2: Clergy and Hierarchy (1918) 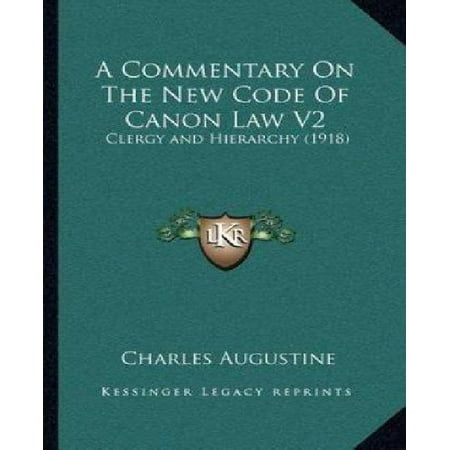 This scarce antiquarian book is a selection from Kessinger Publishing’s Legacy Reprint Series. Due to its age, it may contain imperfections such as marks, notations, marginalia and flawed pages. Because we believe this work is culturally important, we hav