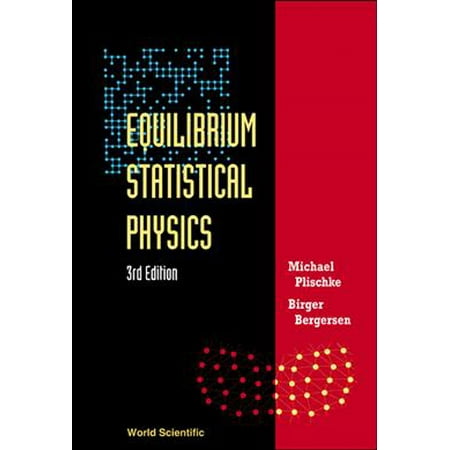 This third edition of one of the most important and best selling textbooks in statistical physics, is a graduate level text suitable for students in physics, chemistry, and materials science. The discussion of strongly interacting condensed matter systems has been expanded. A chapter on stochastic processes has also been added with emphasis on applications of the Fokker-Planck equation. The modern theory of phase transitions occupies a central place. The chapter devoted to the renormalization group approach is largely rewritten and includes a detailed discussion of the basic concepts and examples of both exact and approximate calculations. The development of the basic tools includes a chapter on computer simulations in which both Monte Carlo method and molecular dynamics are introduced, and a section on Brownian dynamics added. The theories are applied to a number of important systems such as liquids, liquid crystals, polymers, membranes, Bose condensation, superfluidity and superconductivity. There is also an extensive treatment of interacting Fermi and Bose systems, percolation theory and disordered systems in general.

A Textbook of Statistical Mechanics