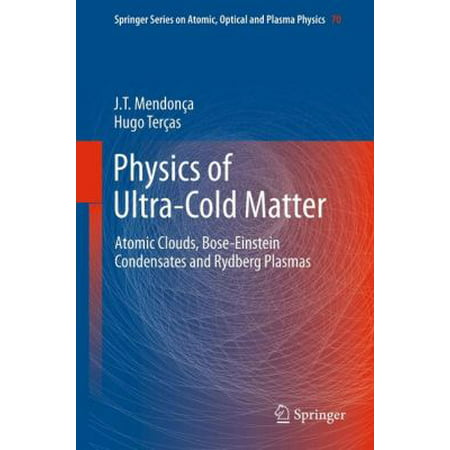 The advent of laser cooling of atoms led to the discovery of ultra-cold matter, with temperatures below liquid Helium, which displays a variety of new physical phenomena. “Physics of Ultra-Cold Matter” gives an overview of this recent area of science, with a discussion of its main results and a description of its theoretical concepts and methods. Ultra-cold matter can be considered in three distinct phases: ultra-cold gas, Bose Einstein condensate, and Rydberg plasmas. This book gives an integrated view of this new area of science at the frontier between atomic physics, condensed matter, and plasma physics. It describes these three distinct phases while exploring the differences, as well as the sometimes unexpected similarities, of their respective theoretical methods. This book is an informative guide for researchers, and the benefits are a result from an integrated view of a very broad area of research, which is limited in previous books about this subject. The main unifying tool explored in this book is the wave kinetic theory based on Wigner functions. Other theoretical approaches, eventually more familiar to the reader, are also given for extension and comparison. The book considers laser cooling techniques, atom-atom interactions, and focuses on the elementary excitations and collective oscillations in atomic clouds, Bose-Einstein condensates, and Rydberg plasmas. Linear and nonlinear processes are considered, including Landau damping, soliton excitation and vortices. Atomic interferometers and quantum coherence are also included.