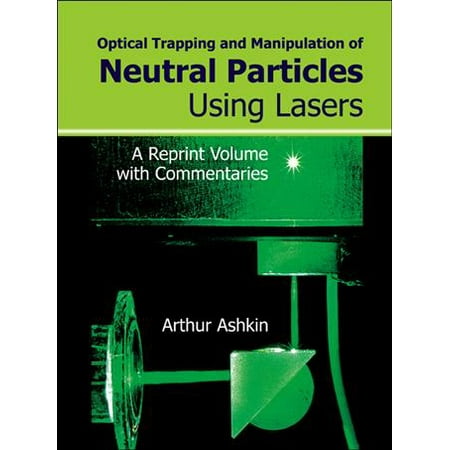 This important volume contains selected papers and extensive commentaries on laser trapping and manipulation of neutral particles using radiation pressure forces. Such techniques apply to a variety of small particles, such as atoms, molecules, macroscopic dielectric particles, living cells, and organelles within cells. These optical methods have had a revolutionary impact on the fields of atomic and molecular physics, biophysics, and many aspects of nanotechnology. In atomic physics, the trapping and cooling of atoms down to nanokelvins and even picokelvin temperatures are possible. These are the lowest temperatures in the universe. This made possible the first demonstration of Bose-Einstein condensation of atomic and molecular vapors. Some of the applications are high precision atomic clocks, gyroscopes, the measurement of gravity, cryptology, atomic computers, cavity quantum electrodynamics and coherent atom lasers.A major application in biophysics is the study of the mechanical properties of the many types of motor molecules, mechanoenzymes, and other macromolecules responsible for the motion of organelles within cells and the locomotion of entire cells. Unique in vitro and in vivo assays study the driving forces, stepping motion, kinetics, and efficiency of these motors as they move along the cell’s cytoskeleton. Positional and temporal resolutions have been achieved, making possible the study of RNA and DNA polymerases, as they undergo their various copying, backtracking, and error correcting functions on a single base pair basis. Many applications in nanotechnology involve particle and cell sorting, particle rotation, microfabrication of simple machines, microfluidics, and other micrometer devices. The number of applications continues to grow at a rapid rate. The author is the discoverer of optical trapping and optical tweezers. With his colleagues, he first demonstrated optical levitation, the trapping of atoms, and tweezer trapping and manipulation of living ce